Before they were married 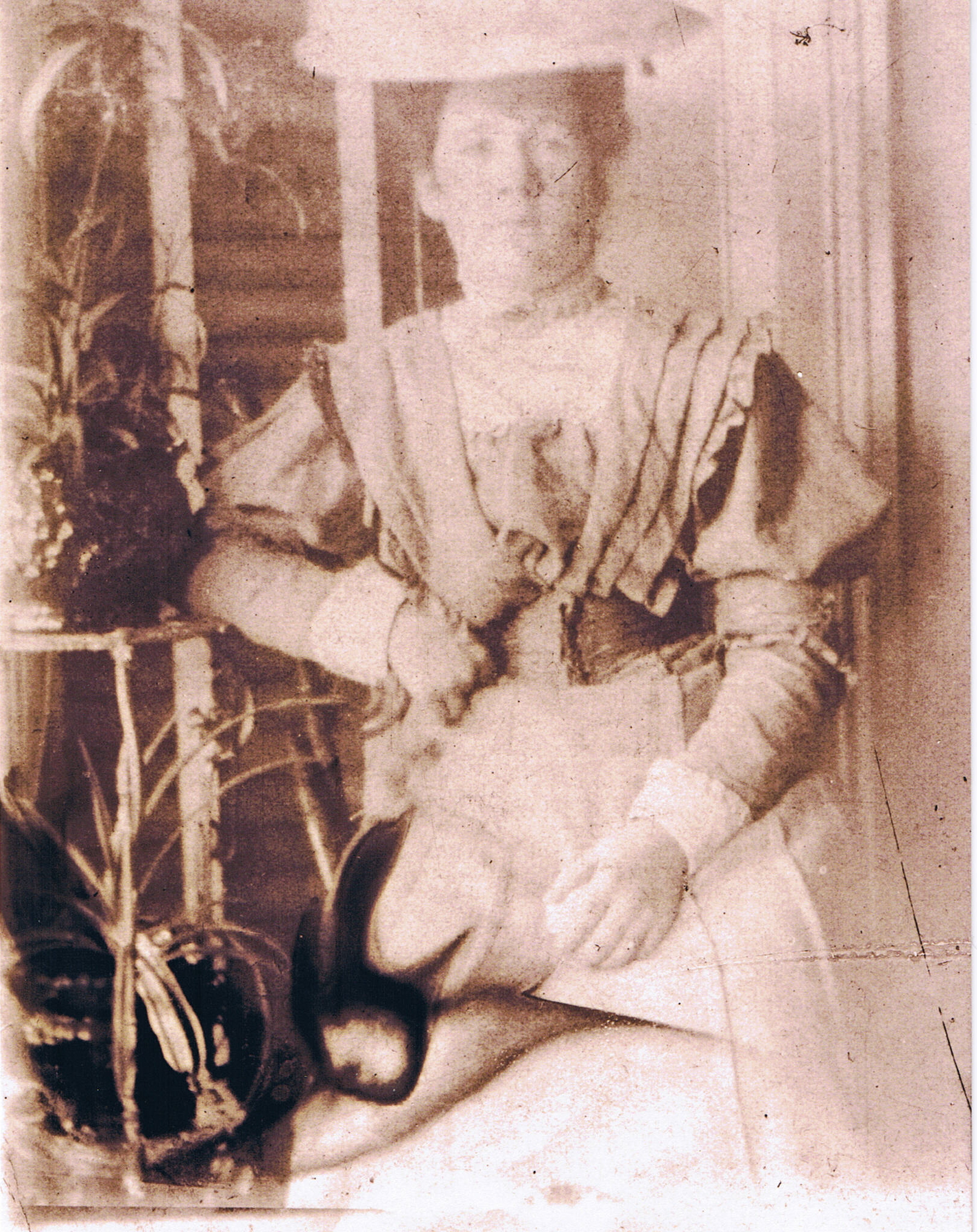 Gladys Annie Veronica Faull (Nee Bethel). A message on the back says “To Dear Mother From Gladys with love”.

John and Gladys were married on the 28 June 1909 (3) at Derby, Ringarooma, Tasmania, Australia. Both were listed as residing in Moorina, Tasmania. John’s occupation at the wedding was given as “miner”. I have not yet discovered how these two met, but I can only assume that John migrated to Tasmania to use the mining skills he had learnt in Victoria and met Gladys while working there.

At some point, the couple migrated back to Victoria because their first child Herbert Ronald FAULL [24] was born on the 6 January 1911 (4) at Victoria Street, Creswick, Victoria, Australia. John was still working as a miner.

Sometime later, the family moved from country Victoria into the Victorian capital, Melbourne. Their second child Gladys Alice Edith FAULL [23] was born on the 18 January 1914 (5). John was now working as a Labourer.

On the 3 July 1916 (6), their third child Robert Wilfred FAULL [14] was born. They were perhaps visiting the family in Creswick, because although Robert was born at Raglan Street, Creswick, Victoria, their usual residence was listed on the birth certificate as Belgrave, Victoria, Australia. John was now a farm labourer.

The next location I have for John and Gladys is Sandells Road, Tecoma, Victoria, Australia on the 28 September 1939 (7). This is the family home where their son Robert was married to Doreen May Goodgame.

On 16 March 1953 (8), John passed away at their home in Wealbata Road, Tecoma, Victoria, Australia. He died of lung cancer, and was buried at the Ferntree Gully Cemetery.

Gladys died 13 years later on 12 August 1969 (9) at Tecoma, Victoria, Australia. At that time, she was living at Cecil Avenue, Tecoma. She was buried with her husband at Ferntree Gully Cemetery. 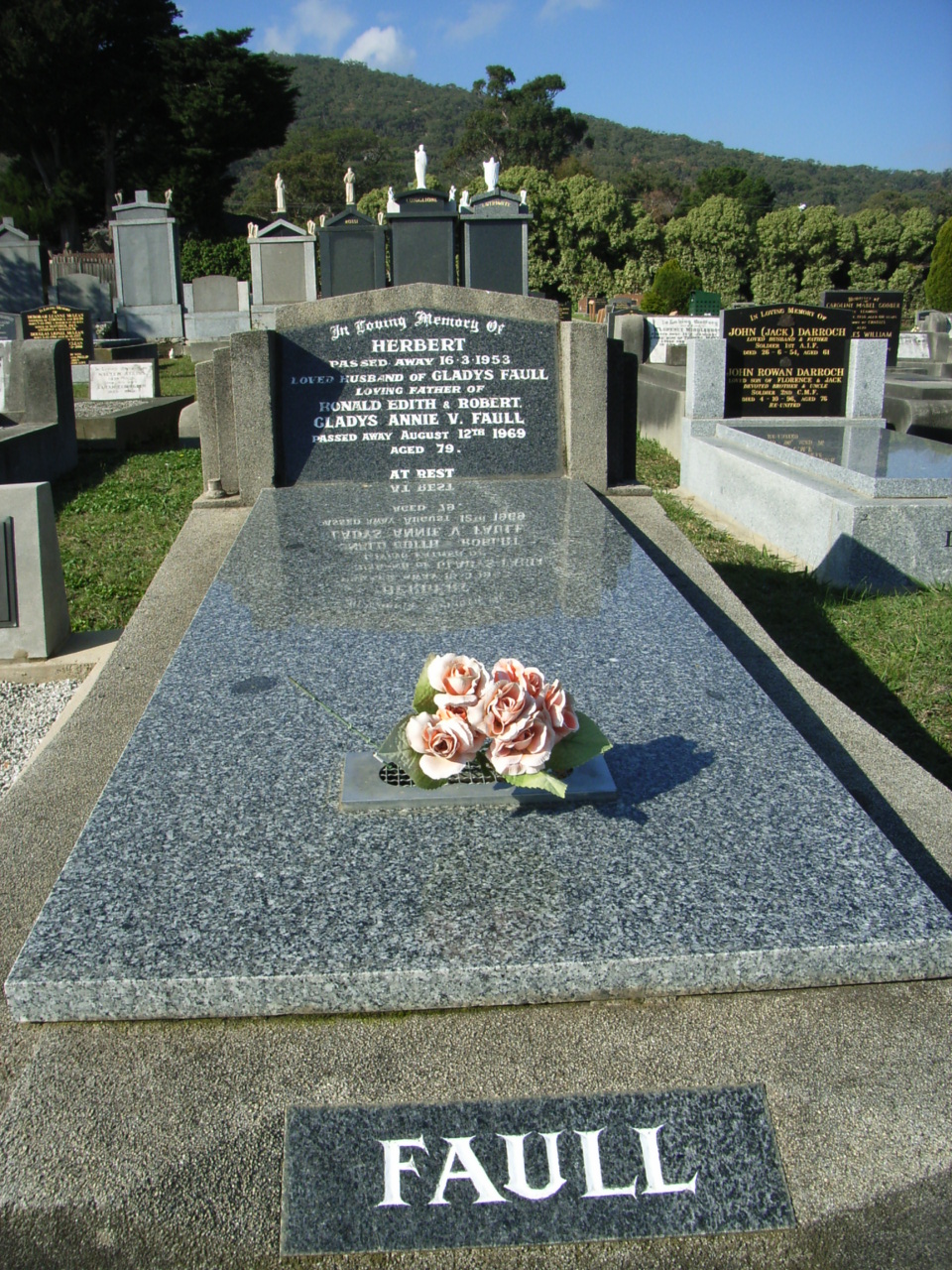