Yesterday whilst in Coronavirus lockdown, I enjoyed watching the Music from the Home Front broadcast live-streamed on the internet. It was great to see some of my favourite Australian musicans and bands performing from their home studios which looked a lot like mine (except tidier, and they had more gear!). It was great to take part in remembering the great sacrifices that Australian and New Zealand soldiers made and also to reflect on the work that all of the people are doing on our behalf in service of the people whilst fighting this modern day war against a virus. Hearing James Morrison playing the bugle reminded me of the time that I played the Last Post at an ANZAC Day ceremony in Melbourne (Box Hill I think) all those years ago. James did a much better job! 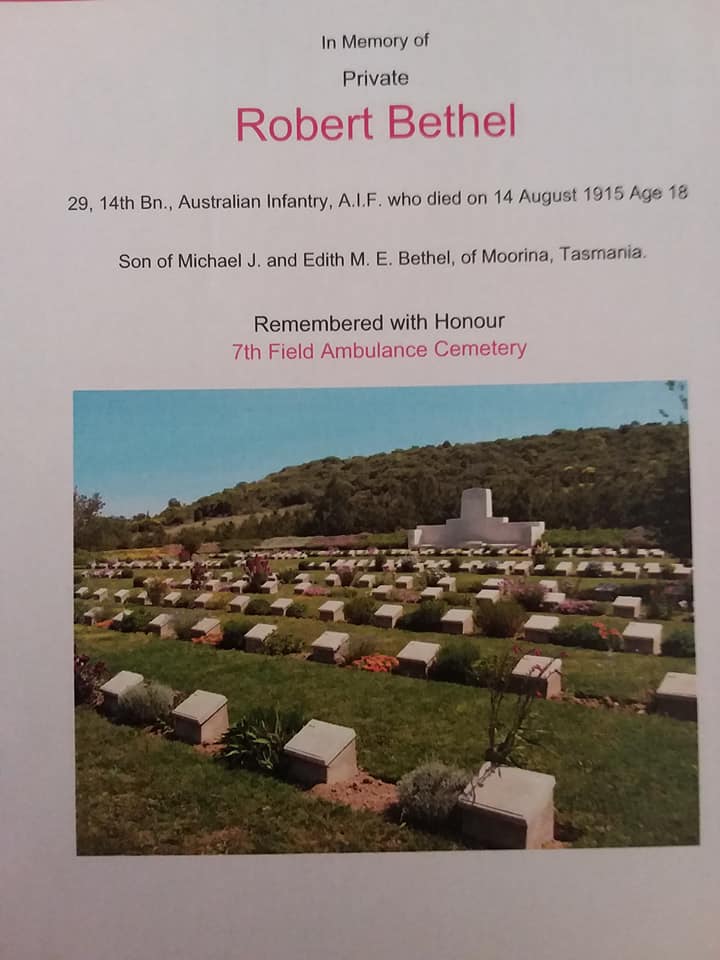 This morning, I found that my Mum had posted on Facebook about two brothers of my Great Grandmother, Gladys Annie Veronica, that had died in the First World War. Robert Bethel died on the 14th August 1915 and is remembered at the 7th Field Ambulance Cemetery in Gallipoli. Wilfred Michael Bethel died on the 7th August 1916 and is remembered on the Villers-Bretonneux Memorial in the Somme, Northern France. I know that other branches of the family (including on my Dad’s side) also lost family members during the World Wars. I can’t believe that I haven’t been to visit these places whilst I have been living in Europe. 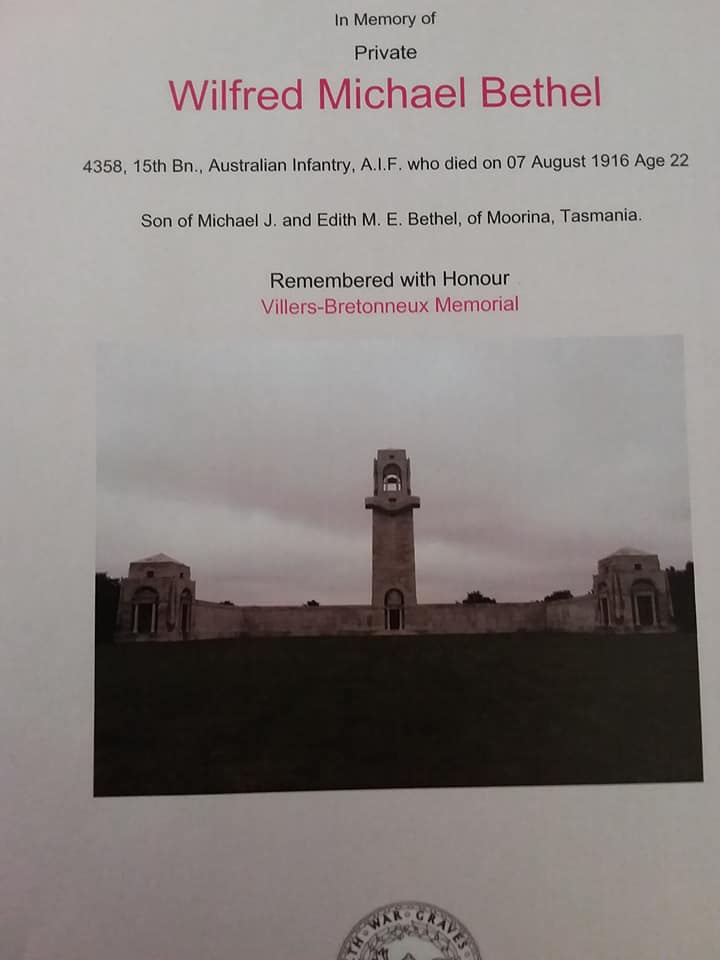